The following information was submitted by Alan Becker of Fort Atkinson.

The first permanent settlement outside the Fort Atkinson Military Post in Winneshiek County occurred in June, 1847, when pioneers and homesteaders came into the region. These first settlers included Gottlieb (Gotleib) Krumm, Gottlob Krumm, Charles Kregg (Kreggand), and Francis Rogers. Gottlob Krumm, his wife, and two little children, came directly from South Germany. For a few weeks they lived in a deserted Indian wigwam that stood next to a spring while Mr. Krumm, with the assistance of Charles Kregg, built a log house nearby. This was the first house built and occupied by an actual settler in this part of the country. (The Krumm brothers’ names, which are German, are translated as follows: Gottlieb means ‘God of love’, and Gottlob means ‘God of praise’).

In 1848, prior to the removal of the Winnebago Indians, George Bachel came to the fort prospecting. He returned in 1849 with his family, accompanied by five other families who made a permanent settlement in Washington Township. Included among the group were Francis Joseph Huber and family, Andrew Meyer and family, and Jacob Rausch and family. These first settlers were Germans.

In the fall of 1849, Josiah Goddard, Sr. and his family of seven children moved here from Wisconsin to homestead. He purchased the ‘claim’ of Mr. Olmstead, an Indian trader. (It was also reported by Mr. Goddard Jr., that there was a small farm house occupied by a Mr. Kilpatrick close to the fort).

Prior to the above dates, there is no knowledge of any settlers in Winneshiek County, although there may have been a few who had crossed over the line and settled on that part of the ‘neutral ground’ which is now in the southeastern corner of the county. From 1840-1848, the ‘neutral ground’ was the legal land of the Winnebago/Ho-Chunk Indians. While soldiers, traders, and government workers at the Turkey River Indian Subagency were present in the 1840s, no other settlers were supposed to be in the ‘neutral ground’.

After the Indians were removed from the ‘neutral ground’ in 1848, the military post of Fort Atkinson was abandoned in 1849. Pioneer settlers were then allowed to move into the region. Some former soldiers at Fort Atkinson also remained and developed farms in the area. Historical records indicate that Gottlieb (Gotleib) Krumm, Gottlob Krumm, Charles Kregg (Kreggand), and Francis Rogers and their families were the first settlers in the region around the former military post once it was abandoned. About 20 years later, in 1869, a railroad entered the region and the town of Fort Atkinson then developed down the hill southeast of the original post grounds.

Although details of the first schools at Fort Atkinson are vague, it seems apparent that the first school was held in a wooden frame building on the Fort Hill. Records do indicate that an election was held on Saturday, April 2, 1870 to vote for or against an independent school district for Washington No. 2. When the polls closed and the votes were counted, all 38 ballots were in favor of the proposal.

On April 16, 1870, an election was held to choose six directors for the school district. Thirty-one votes were cast, and A. W. Bromwell, H. H. Blodgett, C. F. Whaley, Gottlob Krumm, John Huntsinger, and W. T. Bradley were chosen to serve.

On May 7, 1870, the school board approved building a two-story brick building the size to be 26 feet by 46 feet and 20 feet in height, and the location being the site of the present day building. J. J. Smith agreed to do the work for the sum of $3400.00. When the school opened, two teachers were hired at the rate of $45 per month.

This building did not stand for long, for in the winter of 1873, the school was lost in a fire, leaving only the walls standing. Again, school was held on the hill, this time in a building owned by Joseph Hurlbut, pastor of the German Lutheran Church.

Plans for a new school were drawn and in April 1873, Lewis Brown received the contract to build the new school for $2445.00. This building was made of brick and cut stone, two stories high. The heating system consisted of a stove that burned wood. Lights were oil lamps. Not until 1919 did the school have electricity. Enrollment increased and in 1915 the current school building was built.

The school remained about the same until 1950, when a gymnasium was approved by the voters for a sum of $36,000. It was connected to the school by a walkway on the east side.

A hot lunch program was introduced in 1953, and was set up in the lower portion of the gym. Mary Moser oversaw the program, and later Mrs. Alf (Monica) Nienhaus.

For 90 years, from 1870 until 1960, the Independent School District of Fort Atkinson existed. In 1960, for educational and economic reasons, the people voted to disband the district and join the Turkey Valley Community School District.

St. John’s Catholic School was planned by pioneers of St. John’s Catholic Church in early 1890. The school ground was donated by Mrs. Gertrude Giesen. The first school was a frame structure of two classrooms and a living apartment for the sisters. One classroom was for the Bohemian speaking children; the other for the German-speaking children. Those languages were taught in the morning, and English in the afternoon, along with other subjects. There were about 30 pupils.

In 1908, a new brick school building was erected. A 36’ x 56’ two story structure had three classrooms, an apartment for the sisters, and a chapel.

St. John’s reached its peak enrollment in 1963 with 181 students. In 1969, grades 7 and 8 were enrolled at Turkey Valley and South Winneshiek. The students at St. John’s then became grades 1 thru 6.

In the year 1851, the county of Winneshiek was organized, named after Chief Winneshiek of the Winnebago tribe. The organizing act was adopted by the General Assembly January 13th, and made the 1st of March of that year the commencement of its official existence as a county. J. L. Carson, Esq., of Fort Atkinson, was the organizing officer. On the 7th day of April, following, Decorah was chosen the county seat, and on the 4th day of August the first set of county officials were elected.

TOWNS & CITIES: Decorah, Ossian, Calmar and West Decorah are organized under the State law for the incorporation of towns and cities – the first named being a “city of the second-class,” and the other incorporated towns – Castalia, Frankville, Festina, Conover, Fort Atkinson, Spillville, Ridgeway, Hesper, Burr Oak, Bluffton, Plymouth Rock, Kendallville and Freeport, are organized villages, several of them being of considerable commercial importance.

The first post office in Washington township was established in 1851 or 1852 at Lewiston (or Louisville), two and one-half miles southeast of Fort Atkinson, at the house of Francis Rogers. Josiah Goddard was the postmaster.

The first male while child born in the township since the first permanent settlement was Geo. A. Meyer, near the Old Mission, August 1, 1849. The first female child born was Mary Krumm at Fort Atkinson, August 5, 1849. Her father, Gottlob Krumm, came to Fort Atkinson in 1848.

The first railroad came to Fort Atkinson in the year 1869. With the coming of the railroad, many jobs were provided for local people. A depot was formed which provided service and maintenance. Businessmen increased in the town and by 1873, train shipments of grain, livestock, mill stuffs, butter, eggs, etc. totaled nearly 7,250,000 pounds or 360 train loads. The railroad was also used very widely for traveling.

The Incorporation of Fort Atkinson

A petition was filed with the Clerk of the District Court of Winneshiek County, Iowa on April 20, 1895 asking for the appointment of Commissioners to call an election to determine the question of the Incorporation of the Town of Fort Atkinson.

August 3, 1895 – Peddlers must be licensed at the sum of $2.00 a day for each day selling their ware inside the city limits.

October 4, 1897 – Council decided to advertise for a street lamp lighter in the Fort Atkinson Times newspaper.

November 11, 1897 - Voted to accept the one bid for lamp lighter that had been receive at a rate of 2 ó per lamp per night.

November 19, 1898 – Voted to have the $70.00 per year for lamp lighter be stricken from the records and only allow the 35 cents per night for the lighting of 18 street lamps be the contract.

March 6, 1899 – Mayor ordered to buy one barrel of kerosene for oil lamps.

April 23, 1900 – Voted to paint the City Hall and put a foundation under it with the stipulation that the person doing the work not be allowed more than $2.00 per day. 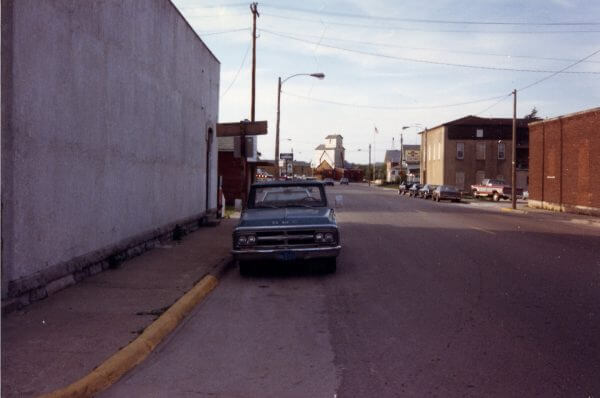 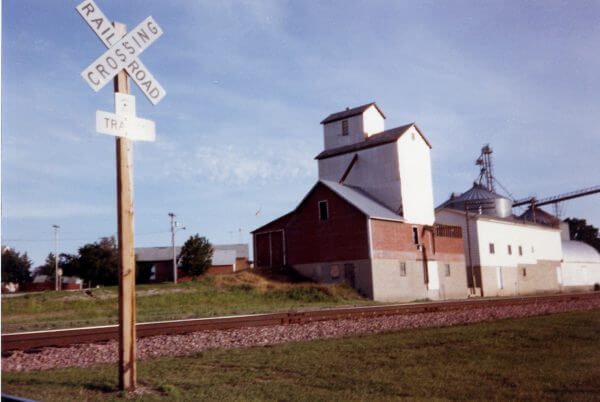 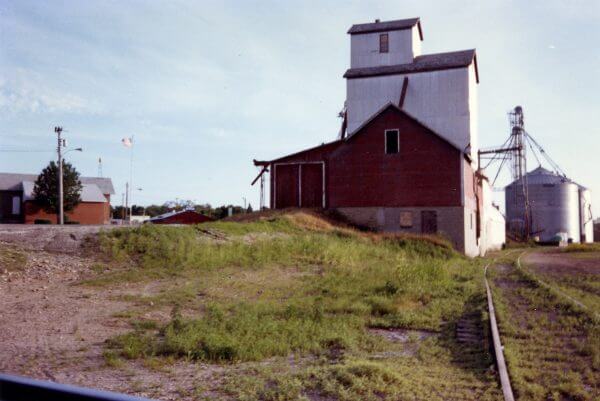 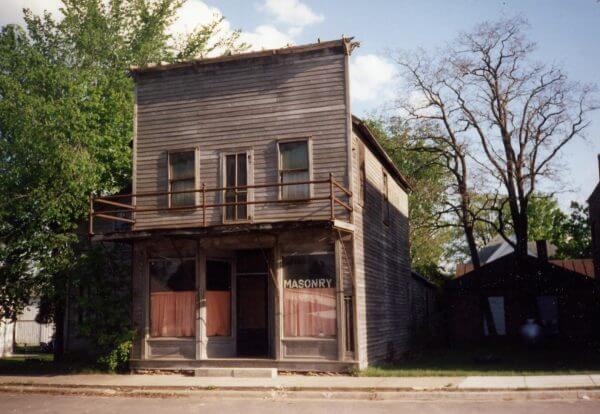 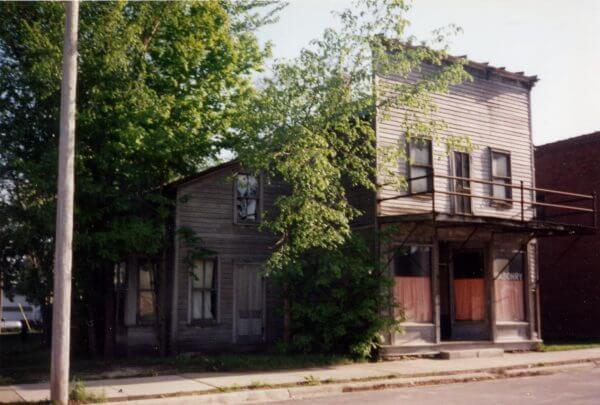